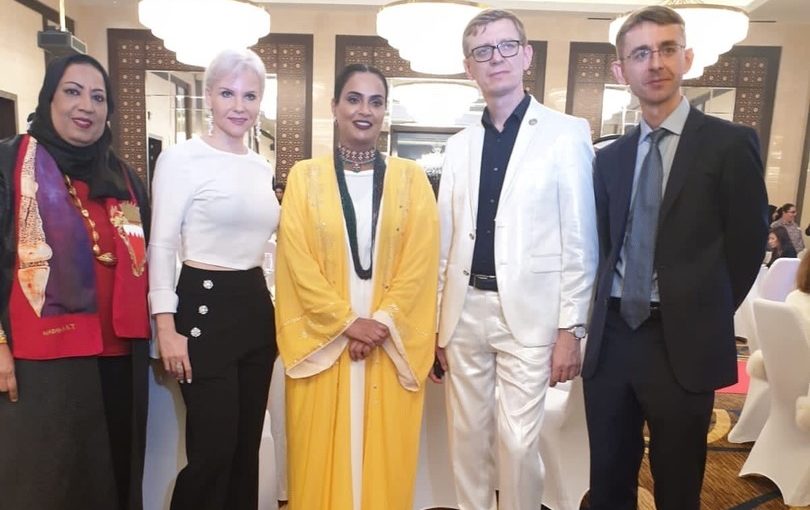 Interview with the President of the International Diplomatic Club "Amicability", Ambassador for peace of the UPF, Ph. D. in Philosophy Sergey Dvoryanov.

Sergey, would you tell us about your personal view on the Kingdom of Bahrain? How do you see prospects of the development of Russian-Bahrain relations?

The prospect of our countries‘ relations is going far and is already beyond the horizon. Popular Aphorism says: "East is a delicate matter." Sounds slightly trivial, but truthful. Especially if we speak about the Middle East, the region actively engaged since the times of holy crusades - by abrahydrone preachers, greedy oil producers and political hawks. According to a legend, the first who preached Christianity in Arabia was the Holy Apostle Bartholomew. In 225, Christian bishopia already existed on the Islands of Bahrain. Today in the capital of Bahrain Manama there is a Catholic church of the Holy Heart, there is also an Orthodox chapel and is acute the question of the construction of the Orthodox church. I would like to note that the only synagogue in the territory of the Arab countries of the Persian Gulf is located in Manama too. The Hindu temple also operates here.
I would characterize my perception of the Kingdom of Bahrain in one taught English word - Suspense.

It is intriguing that you used the Western Word used to characterize the eastern country. Suspense usually means alarming, stressful waiting of the outcome of the plot. Do you mean that?

Yes, it is exactly what I mean. Waiting. With one small clause - my comprehension of Bahrain was not anxious, but a joyful process of waiting. A kind of adventure. Moreover, with elements of melodrama, insight, repentance and personal growth.

Wow. We have come to repentance? Are you a Dostoevsky follower?

From youth. There is no Russian without repentance. Without it, by the way, there is no personal growth. You know, it is like "Three Apples" fairy tale from the "Thousand and One Night" storybook - the Khalif bought a chest from the fisherman cheap, he thought he had acquired a treasure, but acquired a puzzle. In the chest, if you remember, there was a woman's body cut into pieces. Then the Khalif gives the task to his Visir - Find a killer of a woman in three days, and if you do not find them - you will lose your head. And when we, accordingly to the structure of fairy tales - by chance, know who the killer is, we understand that his piercing mental pain, his main characteristic is repentance.

Could you remind who was a killer?

I would like to keep silent. I do not want to spoil an ancient fantastic detective. Read it at leisure time - you will find the answers to many questions. Moving forward, The first time I got to the kingdom of Bahrain was February, 2017, together with the Russian delegation, which I headed and in which many of my friends and colleagues were present. For example, well-known businessmen Temur Shakaya and Evgeny Dobrovolsky joined the delegation- today they completed their grandiose IT project - Mega Trend - "Arround". This is a new replica in the creation of the meta universe - both an application and a social network at the same time. And now we offer this draft to the Government of the Kingdom of Bahrain at the state level. Our work has paid off. 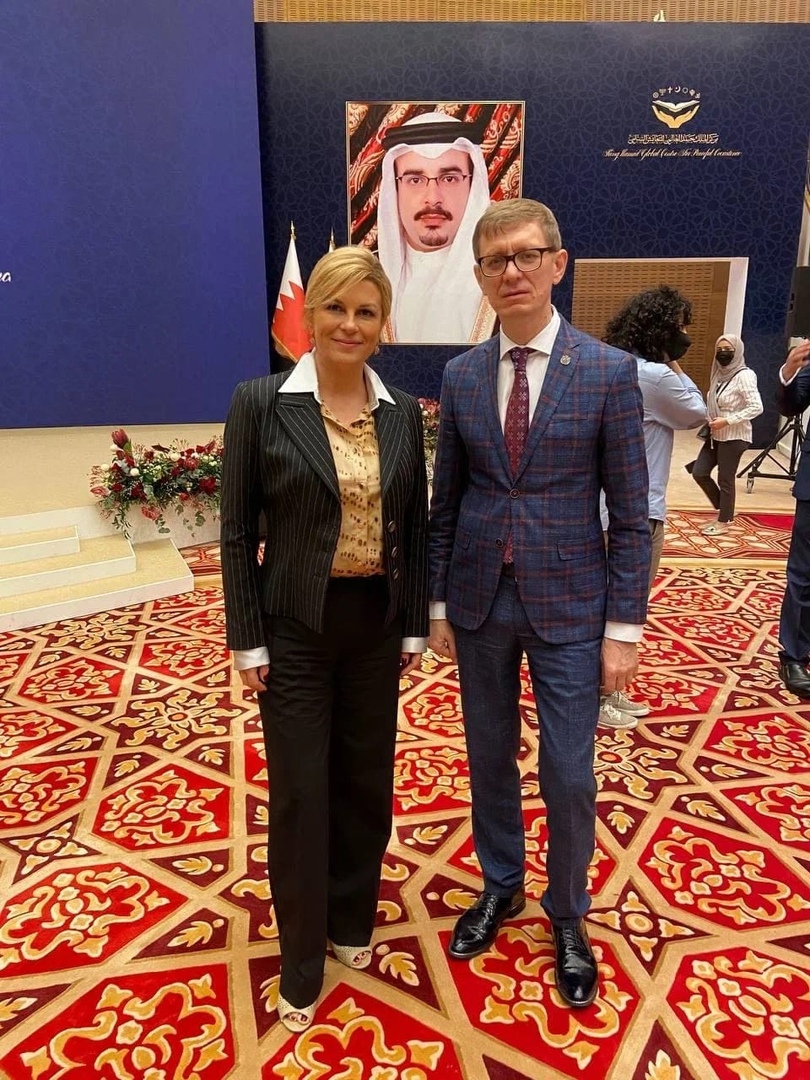 Wait, but does the government has power in Bahrain? As far as I understand, in the Kingdom rules His Majesty King. Is it true?

Yes, the role of the monarch is great, he is very influential, but not authoritarian at all. Naturally, in the kingdom of Bahrain there is also a government, a parliament and all other democratic institutions. It is very interesting that the Prime Minister heading the Bahrain government is the crown prince, the heir to the throne - Salman Ibn Hamad Ibn Isa Al Califa, who is the eldest son of His Majesty King.

Tell me, have you personally had a chance to the audience of His Majesty King Bahrain?

Of course I had, and not once. My first audience took place in Moscow, in September 2016 at the Four Seasons Hotel.

That is quite a twist! The King's audience did not happen in his throne room, not even in his native kingdom?

Could you imagine? But everything looked like very royal. His Majesty met in the Kremlin with the leader of our country Vladimir Putin. This, by the way, was not the first meeting of two leaders. They are bound by mutual sympathy and deep friendship. As a sign of gratitude, our president presented to his Majesty the unique stallion of the Ahalteffin breed named Hadjibek. This oldest horse breed, which is called "Heavenly Jackun". After a meeting in the Kremlin with our president His Majesty Hamad Ibn Isa Al Khalifa returned to the Four Seasons Hotel, in which he stopped with those closest. After that there was a collective audience for Russians - in multi cultural format. Famous Russian artist of the "Eccentric genre" Illusionist Sergey Listopad showed amazing focuses, a song on the Italian "memory of Cairos" was performed by Tenor Vazgen Oganesyan, the catalogue of art was presented by the artist Nikas Safronov.

And how have all these people come to the audience?
They were all invited by the International diplomatic club "AMICABILITY". Then in February 2017 there was the opening of the exhibition of Nikas Safronov in Manama, the capital of Bahrain, it took place, by the way, at the hotel "Four Seasons" too. We expected the King, but His Highness Kron-Prince came to discover the exhibition. However, we awarded His Majesty King Bahrain with a public award-winning "Platinum Star Peacemaker" together with the general secretary of the World Alliance “Mirotvorets” Jury Safronov. Then there was a trip to Formula 1 event in May, 2017. After that, in December 2017, her Excellency Sheikh May Al Califa had a visit to Russia, where she took part in the opening of a unique exhibition in the State Hermitage "In the Land of Dilmun, Where The Sun Rises“, organized jointly by the Bahrain Ministry for Culture and Antiquities and the Bahrain National Museum. The exhibition told about the formation and flourishing of the Dilmun civilization from the 3rd to the 1st millennium BC. e. And on January 28, 2018, I visited the palace of His Majesty - on his birthday. 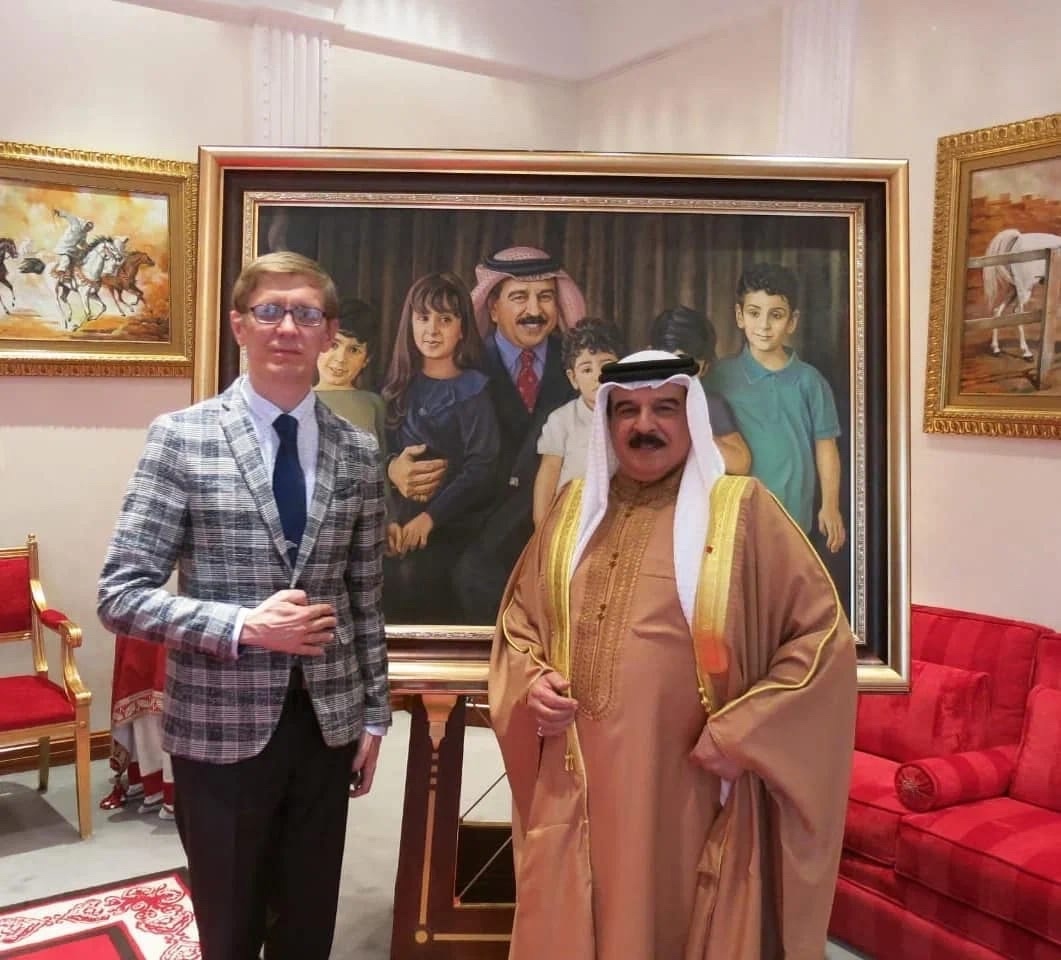 Tell us about it more. To get to the birthday of the king is quite extraordinary.

We flew to His Majesty together with the Honored Artist of the Russian Federation Alexander Shilov and director of the State Hermitage Mikhail Piotrovsky, who, as you know, is a well-known historian-orientalist, a specialist in Arabic countries. Alexander Shilov brought portrait of six components as a gift to the king, which we called "The Combination of Generations". In the portrait there was an image of His Majesty, who hugs his four grandchildren and one granddaughter. His Majesty awarded us in a royal way - I was presented with Rollex watch, and Alexander Shilov, among other things, was offered to give master classes on painting for novice artists of Bahrain. A group portrait, the work of Alexander Shilov, produced a very deep impression on the king.

And what impression did the royal palace and the king himself had on you?

His Majesty has an amazing, radiant charisma, which manifests itself in the kindness of his heart. This is the most important thing for any ruler. When I gave a speech in Manama in December 2021 at the international conference "Ignorance is the Enemy of the World", which took place under the patronage of His Majesty King of Bahrain, I noted that His Majesty was awarded a title of honorary doctor of the Russian University for Internal Relations MGIMO. I also stated that Bahrain is often called pearl land. The Greek philosopher Socrates also called himself a "pearl catcher", because he caught the "pearls", plunging deep into his heart of his interlocutor. This is a higher arts - to plunge into the human heart. And I saw that his Majesty King Hamad Ibn Isa Al Khalifa possesses this art - when I caught his kind, patronymic look.

Please tell us at the end of the future plans of the Diplomatic Club regarding the Kingdom of Bahrain.

We have plans and have dreams. I'll start from the second point. We dream that in a short period, our president will give His Majesty King Bahrain a unique White Falcon, which is only found in Russia and only in Kamchatka.

Why is it so famous?

During a recent state visit to the Middle East, Russian President Vladimir Putin present the royal gift to the hosting site: King of Saudi Arabia Salman ibn Abdul-Aziz Al Saud and Crown Prince of Abu Dhabi Mohammed bin Zayed al-Nahyan were each awarded Kamchatka Falcon. You know, horses and falcons in the Middle East are not just a luxury item, but the subject of reverent worship, even from the side of the royal persons. As for our closest plans, in a short time, the "Amicability" Club will participate in the opening of the unique exhibition of the Russian-Franco-Austrian artist Alexander Aisenstadt in Manama. I would like especially emphasize that Alexander is not only an artist, but also rabbi, a religious figure, which for the Middle East is very and very significant, given the Arab-Israeli dialogue, which is being fostered. Alexander prepared a picture called "Chess" as a gift for His Majesty king. And I composed a poem dedicated to this picture. The poem is called "Chess - Golden Rule".

Perfect. Thank you for the interview!