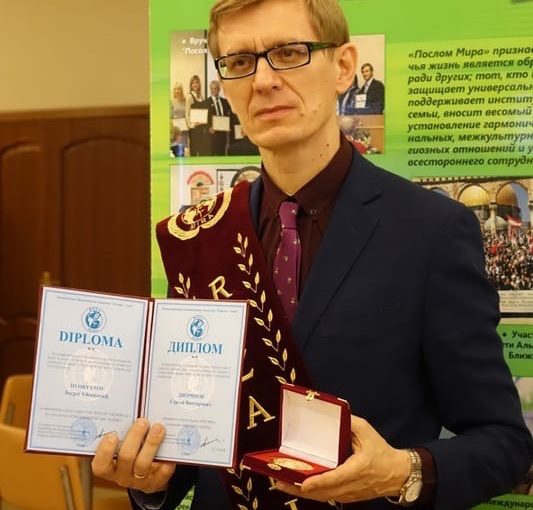 It's no secret that the true history of our multinational country was created by acsetics and heroes. In the picture of the great Russian artist Ilya Glazunov "Russia the Eternal", which was dedicated to the 1000th anniversary of the adoption of Christianity in Russia, depicts vivid images of Orthodox saints, as well as famous ascetics and heroes, statesmen and public figures, military leaders, writers, artists, scientists, composers, those who created, exalted and defended Russia.

This epic, monumental picture is a visible manifestation of our national idea, which is expressed in serving God and the motherland, in serving the neighbor and the highest moral ideals. Throughout the course of its complex historical development, Russia, by the hands of her faithful sons, formulated and promoted a global spiritual mission. The essence of this mission lies in simple and familiar words: "God is not in power, but in truth."

It is this maxim, this age-old wisdom that is the universal code of Russian civilization, the core of the Russian national character. It is no coincidence that the collection of legal norms of Kievan Rus, the oldest Russian legal code, was called “Russian Truth”.

It is worth noting that the adoption of Christianity has become an extremely important semantic landmark of our statehood, the flourishing of our civilization. Throughout its history, Russia has gone through colossal trials, being subjected to ideological and military expansion by the so-called "civilized countries of the West."

Each time we emerged victorious from these confrontations, from this “clash of civilizations”, which has become a constant in Russian history. Fear, hatred, envy and aggression have become, alas, the key characteristics of the West in relation to Russia. How did all this end at different stages of history? Let's remember. The hordes of the elite Teutonic knights were defeated by the great commander and statesman, the Holy Prince Alexander Nevsky, who sternly warned all subsequent aggressors: “Whoever comes to us with a sword will die by the sword!” The hordes of the army of the Swedish King Charles the Twelfth were defeated by the Russian army near Poltava, where Lieutenant General Prince Mikhail Golitsyn distinguished himself. Europe still remembers with honor the brilliant passage of Generalissimo Alexander Suvorov through the Alps. 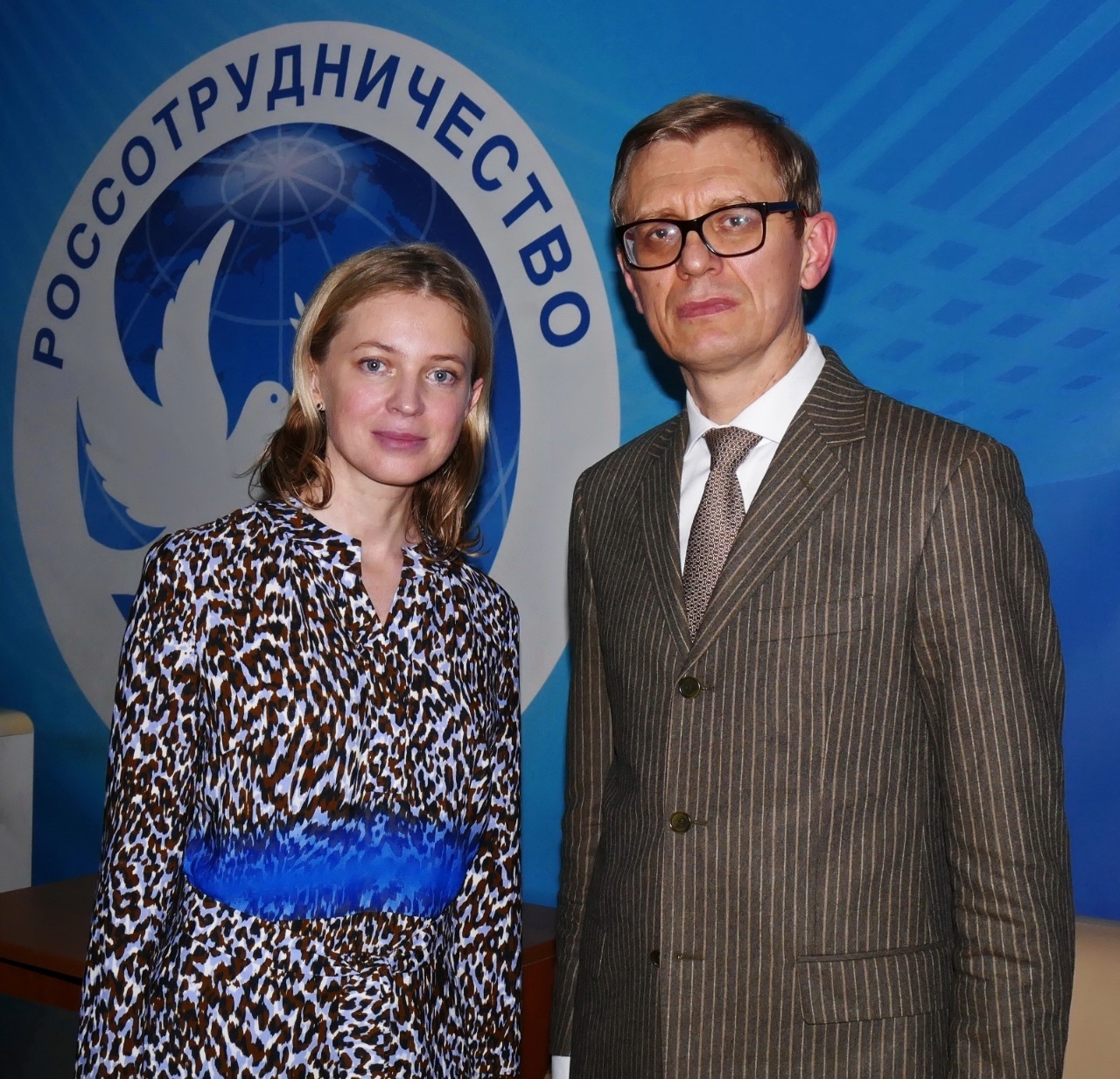 The infamy of Napoleon and Hitler fades before the true greatness of Field Marshal Michail Kutuzov and Marshal Georgy Zhukov. What is the “collective West” preparing for Russia today, what next heinous provocation, aggression and expansion? It is worth recognizing that the current geopolitical alignment of forces is characterized by rabid, dominant American-centrism: the main office for global decision-making is located in Washington. The European countries and their leaders at the present moment of history, alas, are deprived of independence, since they are under the vigilant control of the overseas "all-seeing eye".

The United States of America, the general staff of the "collective West" are waging a long-standing and systemic ideological war against Russia, while at the same time waging a financial war against Europe and the rest of the world. However, the main battlefield today is the human heart, because the main war of the 21st century is primarily a moral war, the battle of Truth and lies.

It's no secret that the notorious "American dream" is built on a global deception in which worthless paper depicting American presidents is exchanged for oil, gold and other goods. How then is it possible to defeat the collective West if the notorious printing press is in its "grabbing hands"? It is possible to win if you follow the Truth. 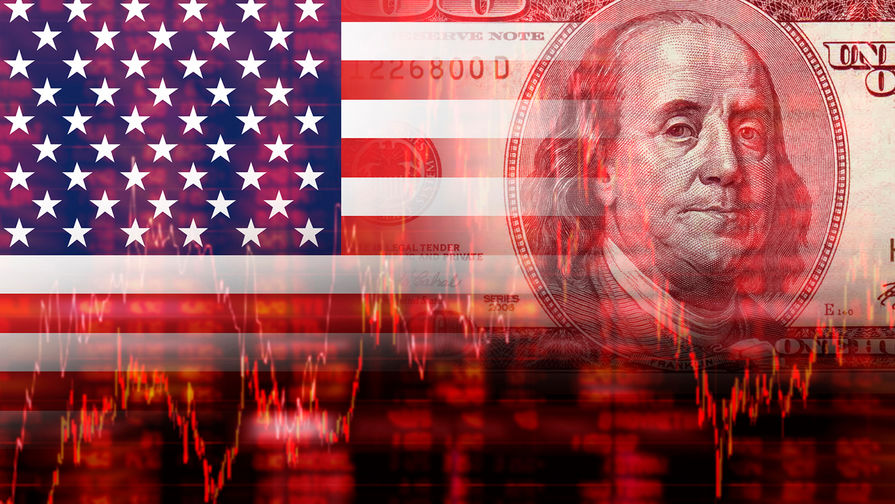 The arbiters of destinies and the owners of money are not only engaged in a total deception of the world, at the same time they endlessly deceive themselves. The wave of hybrid wars initiated by the collective West is marked by the maximum loss of all true human values, which logically ends in the concept of transhumanism. However, all these "newfangled concepts" are not the original and unique heritage of mankind, just as their adherents are not original. As Holy Mother Teresa once said: "The devil is a poor fellow who is not able to love." Machiavelli and Nietzsche as political theorists, Caligula and Hitler as political practitioners, Marquis de Sade as an "innovator", a shocking creator of "alternative reality" were clear forerunners of the philosophy of transhumanism, but at the same time very far from real humanism, which the Savior gave to the world.

What is Russian Truth today for the collective West, which is accustomed to living by lies? It can be said without exaggeration that we are a quite tangible moral threat for the West - a threat of inevitable retribution. The righteous is the one who follows the path of Truth. The Truth unmasks the hypocrites. The Truth punishes and punishes. Therefore, the collective West today covers its well-founded fears with aggression. This is a battle of worldviews, a battle to the end, to victory. Of course, Russia will respond to all the insinuations of the West, as justice requires. However, if you look at what is happening with spiritual vigilance, it is worth recognizing that Russia's mission today is deeper and more ambitious than just establishing justice on planet Earth.

The mission of Russia is the establishment of the highest Truth, which manifests itself as unconditional Love. Someone may object that unconditional Love is an abstract and obscure thing. In fact, it is exactly the opposite. Unconditional Love is a very specific phenomenon, which is at the same time universal, expanding the boundaries of consciousness, endowing a person with superpowers. The one who abides in Love abides in God, and therefore has the maximum power. The one who abides in Love is invincible. The unsurpassed originality and richness of the living Russian language is so clearly and multifacetedly manifested in the word "Love".

Listen to this ancient, secret abbreviation of the deepest meaning - "People Know God" means Love. Only through Love can we win this undeclared, but obvious to all, war with the collective West. Only through prayer, through service, through self-sacrifice, which is done in joy and gratitude, will we be able to endure, and restore justice, and not become embittered, and forgive, and guide, and elevate the confused consciousness of our neighbor, including the consciousness of our closest neighbors who believed in generous promises of insidious moneybags and hired system analysts who fell under the harmful influence. We will save this world by invoking Love. In this amazing and secret process of “calling pure Love into the world”, a clear and effective example for us is the experience of the life and ministry of Orthodox saints. Hegumen of the Land of Russia, St. Sergius of Radonezh, began his journey of salvation from solitude and the construction of a small hut in the forest and a small chapel, which eventually turned into a center of spiritual education, into a marvelous, shining lavra. Prince Dmitry Donskoy himself came for a blessing to St. Sergius. Through prayer and repentance, we won on the Kulikovo field. Holy Father Sergius, pray to God for us!